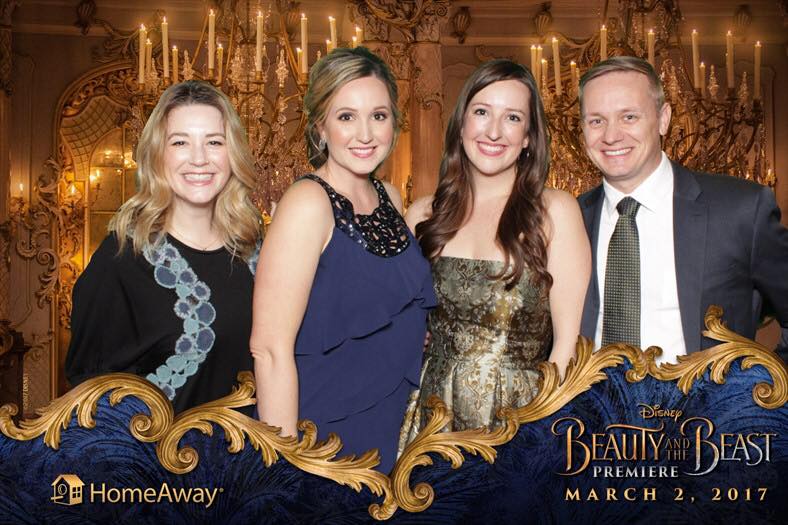 Today I’m excited to share some photos with you of a few clients that went to the Beauty and the Beast Red Carpet Premiere in Los Angeles, CA. I absolutely love being the makeup artist for red carpet events, and this special event was no different.

Beauty and the Beast was one of my favorite movies growing up, and, of all time! I probably watched it about twice a day. The music throughout the movie is unforgettable. It doesn’t matter if you’ve not seen the movie in five years or more (like I hadn’t, until this wonderful remake premiered). Well, don’t you know, I remember every single word! LOL!

I was so excited to hear that Disney was making a new “life” version of Beauty and the Beast. And, best of all, casting with some of my absolute favorite actors playing the parts. Emma Watson is known for her role of Hermione in Harry Potter and she plays Belle in Beauty and the Beast. Luke Evans plays the role of Gaston and Dan Stevens plays the Beast. But, there are many, many, more incredible actors in the new film.

Disney magically transformed timeless cartoon into a live action re-telling the story for a contemporary audience. Keeping true to all the original music but adding a few updated songs throughout the movie. When watching the movie, I was a little thrown off by the new music. I kept thinking to myself, “Hmmm, why do I not remember this song or part being in the original?” However, it did add a little twist of “new” to the film, which really liked. I thought the production of the film was incredible. It makes the audience nearly as happy as the first one. As an adult of course, it comes off a little funny or perhaps cheesy, but it is totally worth it! :p

The film really delivers on excitement, intrigue, and the magic only Disney can produce. It’s a great remake, full of eye-catching visual effects that really bring the entire audience into the film. The actors put a distinct signature on the fairy tale with savvy flare.

Now, here’s where we get to the hair and makeup. I had the pleasure of doing hair and makeup for my client Ashley. She attended the special event, Beauty and the Beast Red Carpet Premiere, on March 2nd. Ashley wanted a very elegant yet tousled look to go with her dress and the event itself. To be honest, I think she could have swooped in and played Belle — she looked that fabulous! :D

How I Created the Makeup Look

For the makeup look, Ashley said, “Let’s play up my eyes but keep everything else flawless, yet natural.” “Done!” is all I replied — because this is my favorite look to create. (Your eyes or your favorite feature should always be the stand out portion of any makeup created.) I used the Palette Chocolate Bar by @toofacedcosmetics to create Ashley’s eye look. I used a variety of colors from the eye shadow palette for a sultry light, smokey eye, that really made her baby blues look piercing. And, it worked perfectly with her blue dress! I used individual small and medium lashes, mixed to perfection for a thick, fluttery look. I also used Makeup Forever waterproof pencil in a bronzed dark brown, for the perfect smudged top and bottom liner look. Finishing off the face was an airbrushed skin, with a light all over bronzed look, blush, highlighter, and lips.

How I Created the Hair

Although back of Ashley’s hair can’t be seen, for the style, I curled the hair all over then split the hair into two parts mid-ear. I also teased the top portion for texture and volume. Pinning that up and out-of-the-way, I took the bottom section and secured it with an elastic rubber band, taking down the top section and securing that into its own separate elastic band. I then took the bottom pony and just start pinning the hair to the scalp slightly off to the side for that peak-a-boo style. Adding the top second, over top creates the same technique but keeping the back full and pieces the entire time. And wow! It came out better than I envisioned!

About the Author: Brittany Renee

Brittany Renee is a celebrity makeup artist and hair stylist based in Los Angeles specializing in weddings, fashion, commercials and events. With over 10 years of experience as a makeup artist, Brittany’s unique vision, style, artistic talent, and innate ability brings out the natural beauty in her clients.